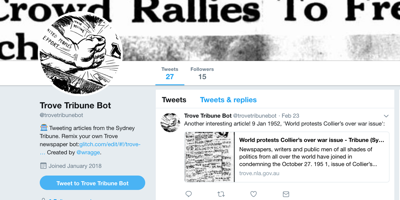 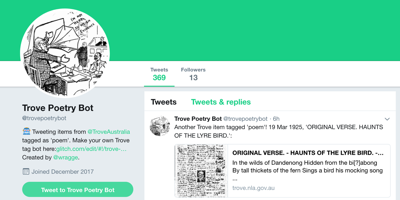 Create a Twitter bot that tweets Trove items with a particular tag. 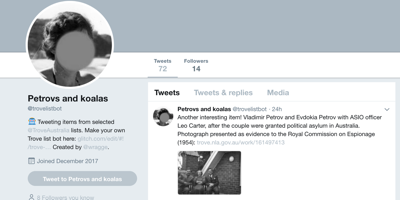 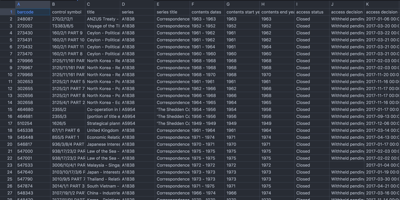 Files in the National Archives of Australia withheld from public access in 2017. 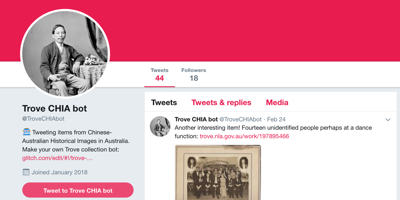 Create a Twitter bot that tweets Trove items from a particular collection. 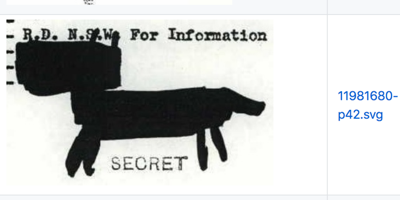 The images in this repository are drawn from a collection of #redactionart discovered in ASIO surveillance files held by the National Archives of Australia i... 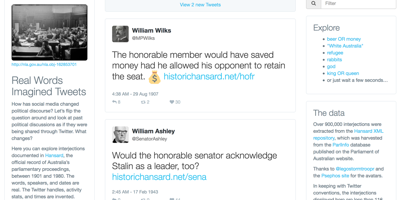 How has social media changed political discourse? Let’s flip the question around and look at past political discussions as if they were being shared through ... 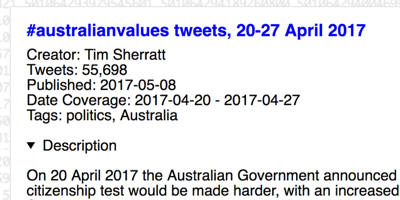 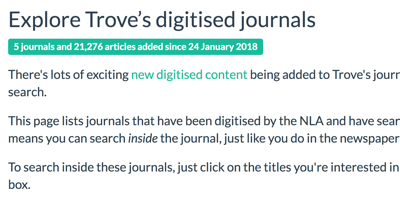 A web app that makes it easy to explore the exciting new digitised content being added to Trove’s journals zone. 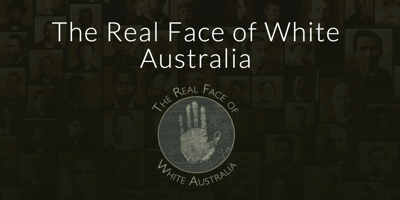 The Real Face of White Australia

Help transcribe records that document the lives of ordinary people living under the restrictions of the White Australia Policy. This site was built using the... 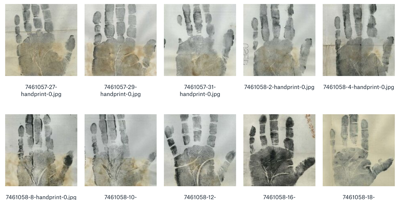 Regular updates of data generated through the Real Face of White Australia project which is transcribing records from the National Archives of Australia. Inc... 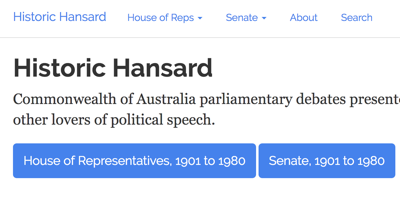 Commonwealth of Australia parliamentary debates from 1901 to 1980 presented in an easy-to-read format for historians and other lovers of political speech.